As there was room in the backyard of Proffessor X, the European Union decided to place the refugees there. Similar to that, what was after the war in Estonia – where there was room, and the room was because the apartment owners were all dead or in Siberia, everyone who came from further, all the officers and comrades were get provided with accommodation. Proffessor’s statement, which he claims in one program, that he would not be able to do anything with guests from far away here, it was not the case, it was not true. He gives (in my dreams) the young men guns and they can play with them in the backyard, just like they have played in their homeland. War Games. And the refugee women were very happy to get a job. Did prof.X pay them in dinars or something else, I don’t know? Their work was on scaffolding. They paint the exterior wall and everything else that needed painting. I remember one of Edgar Walter’s fairy tales about an artist who painted-colored all World. The macroflex was also placed and restoration work somewhere… 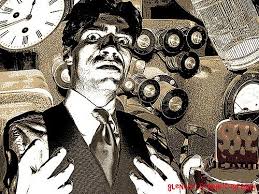 Professor X= I (identical to all professors)+SM (smart)

The Persian rug was 60 years old and it got more and more expensive over the years, it could be bought for years. And then even more expensive to sell. The Persians had gone long time ago their way, but their carpet had been hand-held with the help of colored pieces of paper and sometimes with the help of gold. Pr. X=I+SM also had one such carpet. That’s how these girls felt at home. I wake up to this strange dream and think about… I still don’t remember what money professor paid them and what the point was to pay them at all if he bought them food from the store and they had a shelter. I guess it was necessary, because the money made people happy and poor refugees had to be happy in Europe.

This paper, which moved from hand to hand, papers that changed size and color, but the shape was still quadratum. It could be exchanged for all kinds of goods and activities, and sometimes there was no activity or object, but the quadratum still moved from hand to hand. Then it was said:” It is a fraud”. Sometimes this paper was just printed on more. The term „laundering” was also used. The piece of paper was valuable and they washed them but not in the washing machine.

MONEY! In fact, the values of this paper varied from time to time. The money itself was indifferent to this, because it was still valued highly, but it was in reality a paper. The powder, which the world was full and was called Cocaine, had great values. It created a world without worries, and this world was mostly beautiful and colorful. There was also value in the oil (neft), that was mined from underground, and there was still concern: What is, if in the world ran out of oil? Is there a time when oil is being replaced by electricity and wind, and paper in the hands of oil sheikhs is no longer move so fast? Is the new world still a handful of rich, most people are poor as it almost always has been. Something have to still be found, for which to wage wars. 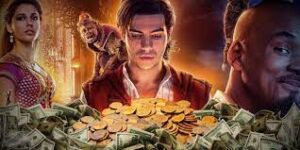 Mining of metals. Here too, this strange paper moved.Everything could be made of metal. Metal was in homes and weapons. A lot of cardboard (money) was still issued for weapons. That is why some countries were poor, because someone had these weapons. In the lands of gold, the people often lived very poorly. Someone had greedy for this gold. The more metals consumed, the richer someone became. However, people became even poorer. The metal was in the fields of scrap metal as a rusting car, it was in the rubble of a dilapidated house, it decompose into its original parts – for decay. The diamond was even stranger than gold. The diamonds employed police, thieves and murderers, it have to finance wars. Most of the time they stood in safes and rarely when anyone was carrying them because it was dangerous to keep them close. But they also employed novelists. They could buy soup and even stationery for money to entertain the people even more. Gold still had value, and so did diamonds. Gold, was once the determinant of the amount of paper-money. For diamonds and gold….. and the paper was plentiful, in a suitcase.

Money could certainly not be taken in another world, but the treasure was placed to the dead Pharaohs and nobles in ancient times. Could they have done anything with it in the another world, but there were them -in the tombs? The servants were there with their master, because what in the world without a master would be. Was the person a value? And how much of that paper should give it for him? Man had no value. This is shown by the wars in which they died in masse. 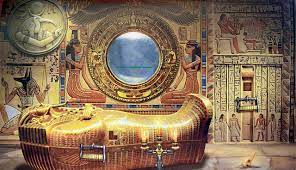 Yet the fact that we have risen above the level of hunter-gatherer is a value in itself. Singularity in everything – it was also admirable, because he left room for fantasies. The material world and illusions, imaginations and existing things that we see and do not understand.
“Give the people a circus and bread,” as Julius Caesar said.
“Life is breeding and devouring – everything else is bustling around it.” Heard from my anatomy teacher.
But what people really want most, is the weird pieces of paper what they call money.

And that’s why we travel to better hunting grounds.

That is also why we have refugees. I ask all refugees and all natives to understand and forgive. We must fight with evil together, because it still needs to be fought. To evil within and around you. Forgive and have mercy, as God has done for some, Allah for some and Jesus for the others. If we we are greedy like this, there will be no more of this planet for anyone.

New books about health on gumroad page. Price 5 €. See also the ad on the right side of the page!