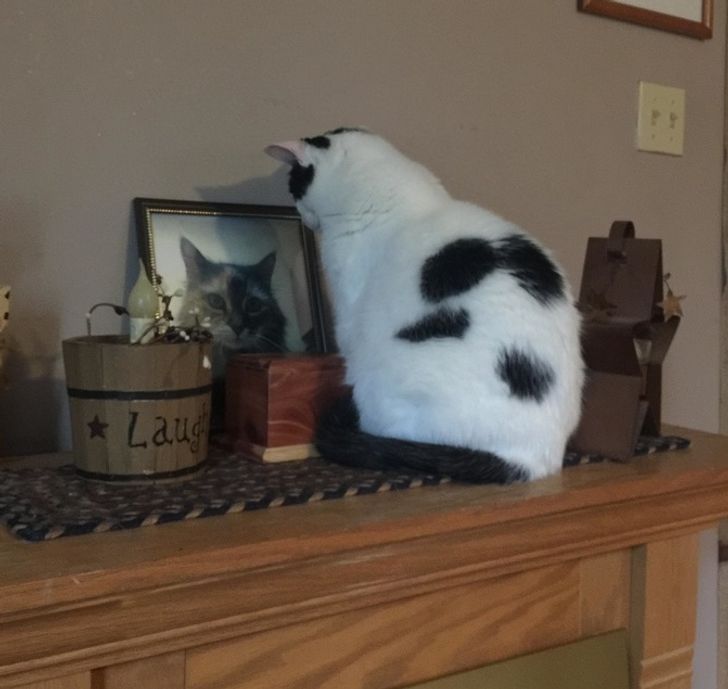 “My cat misses his sister. He sits like this every day for half an hour.”

The animal feels and loves.

How does milk reach the table?

In order for a cow to produce milk, it must give birth about every two years. His child will be taken away from him. Male calves and defective – this is a meat animal. Animals reared for meat shall be fed concentrate as soon as possible. A cow that lives in natural conditions for 20-25 years, lives for 5 years. Pregnancy and its intervals are shortened and milk production is 2-3 times higher due to artificial food. This causes inflammation of the udder (the cow’s nipple where the milk comes from). An exhausted animal dies 4X faster than normal. https://www.youtube.com/watch?v=OOXFm2-wty4

Animals as food and commodities.

The animal on our table is raised in large-scale and in a very small area (shelter). It is grown on the same principle as tomatoes — as soon as possible and as large as possible. In this way, the animals grow 4-10 times faster. The animal is sick because it has grown unnaturally fast, in unnatural conditions, on food, which promotes the greatest possible weight of the produc. When the animal is taken to the slaughterhouse, it smells of death. The animal understands that he is being killed, he is fighting for his life. How can an animal be killed humanely? The animal does not allow itself to be killed voluntarily for our food. I know a story told to me, where a host shoots big in the head where he it. Sounds bad, but it is the most humane killing, because death is instantaneous and the animal does not have to feel the fear of death. I am sitting at the same table as the pig killer and the description is:

“They still don’t die that fast.”

If a large animal fights with all its might, it cannot be killed quickly and painlessly. It can be said that my story is ugly, but false positivity is not useful here at the moment, that is life. Like an ostrich, hide your head under the sand and not think!

There are all sorts of reasons why we kill animals: We are at the top of the food chain, the animal does not know how to want a better life, we need a complete protein, a Nordic person must eat meat, a person must eat meat at all, otherwise he will be a fool…. In contrast, 1/3 of the world is vegetarian.

What solution to offer here. Ethics is different for everyone, and we act on it, and beliefs and experiences are different. At the national level, the world can be made better, but change happens according to what people want.