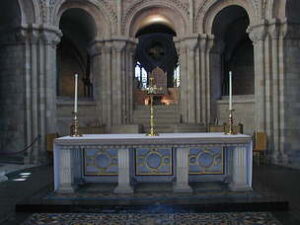 Once upon a time, She told the story to Omar. It took place on the Church.

Once upon a time, there lived a man.  Did He come from Arabien countries or  from North Africa, it  doesn’t matter . He was a Dark man. He met a European Christian woman and so they fell in love. Why did this happen – nobody knows. The woman found the man’s eyes  distracting – they were dark like  a desert night. The woman knew, that those eyes do not lie.

„The man was crazy about the white woman….?“

Omar (distract):„He was not so crazy about the white woman – more  he  liked woman`s intellect.“

Devil on narrator shoulder: „Tell him because he liked, that the woman liked beinge half naked,“……  „Talk about the woman`s silky skin and her butt,“

Grondmother  always warned her:“ DON`t go with a Muslim boy. They invite you to their beautiful land and sell you  for good money in to a harem.“  Grandmother died soon.

The World had never seen this kind of beautiful love.

It was  time to introduce him to her relatives. Her aunt fainted, Dad got a heart attack and brother said: “If you cheat my sister – I’ll kill You!“

The woman had many enemies. One man who never got her…he put their story onto the Internet.

ISIS terrorist caught the woman and cut her in to pieces. As the terrorist custom is- they killed a man in a terrible way too. 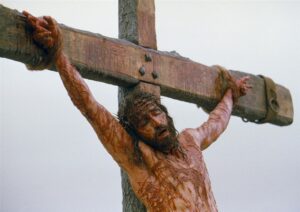 Jesus on the cross, in the  Church, look at nanarrator and asking: “Is this supposed to be a childrens story??“

„Yes iguess. It is a legend and legends are always very sad storys. Ok! Since in the desert, red flowers had grown out of every piece of the woman.“

Jesus:“Is your purpose to offend Omar?“

Jesus:“ Stop yelling at me. They didn’t cut you…“ ( It was true. The woman-narrator was long time ago in the Arabian Land and Jesus saved her.)

W:„It was only thanks to You!“

W:„It is all between You and Muhammed!?“

Jesus:„You don’t understand anything, not yet. Continue.“

„Terrorist never cut them and … they lived happily ever after.“

Jesus in the cross: „You have no reason to be a angry.“

W:Okay! The Story Continue: “ They were smarter than them… and they made themselves a new identity. The man became a rock musician and the woman became Geisha from Japan. And undercover , they also fought for World Peace. Nobody was interested in  the story about a slut and musician, because there already was the Yoko and John.“

Omar: „ Sad story. To You now!Our country ….we currently have a Ramadan….This is a very nice cafe.“

W:„This is not actually a Cafe-it is  the Church.  Omar, can you tell me why people are violent and so stupid?“

„Thrones kill peaceful inhabitants. What should they do?“

She knew this story wasn’t going anywhere, and she didn’t know what to do.

W:But in this story, both a Muslim man and a Christian woman were killed, in this original fairy tale. There is no such thing as faith and true belive. There are only those who want and incite violence. Who protects whom- say that? Where is there Love in this world? Power and money and those who demand their rights- it rules.

She was sad and all of a sudden realized that she really understand something, but the world can’t.

„Turn your other cheek forward when someone hits you.“ That’s not how suffering ends!

Who wants to cause suffering and violence to others? I want peace in the world as we all do. If these thrones did not kill the peaceful population –yes, a terrorist would survive….

If given by World Governments „them“ (warriors) an area to fight…..where they can fight with each other  and leave us (peaceful) alone! 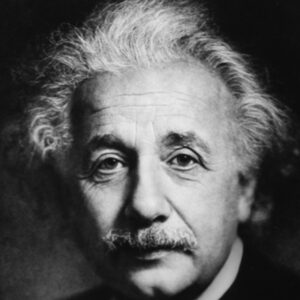 Hey soldier I was wrong –
Bullets, Desert and the Sun
those are things where you belong
Whose fantasy is warfare – where
killing has been too long
Risking your lives for better world
– is the most right thing to do
I hope one day we understand
what troops  are fighting for.

I am sorry – I didn’t tell you true
the mission soldiers of the Peace – remind me
Flower song and Crying wives, Love impossible.

With all my heart – to the soldiers of the Peace,
The World needs You.

One creative bug, once woken up,
will still in circles go.

With my friends complacence there is something wrong,
– that the bug has not affected him – not yet,
Should I think:
“how good it is, he does not suffer from this disease.”

Where does he take this shining strength
Genius man, wings gotten from a muse.
And he flies through the heavens
above the clouds and lo,
-there he sits with angels go.

Friend, like an ant, circles around,
and coughs throat clean of everything.
“Today I am a healthy man”
“Should we really infect him with, this
disease so mad?”

But the little bug – a virus like,
It grinds to closer.
He appreciates Friend’s eye view.
At long last: Friend´s throws the drill and plaster to the corner
and runs amuck to  house Creativ Prayers.

A little small bugs
Stumbling on my bread.
Too small, too little.
Not feeling loved.

The name could be Fondness.
But this you cannot feel.
And hold in your arms.
If love is such a thing,
That cannot be touched,
That you can only feel.

A little small bugs,
Are we then?
We wish to be, every one of us,
Want to be at least a General.
In reality we are just small and general.

But still we are so special,
Every one of us.
Should it be understood,
this way the God?

Can forgiveness be a whisper of the wind,
if I forgave, that You did not, stay with me.
Can forgiveness be the sound of string?
If You forgive me, that I am not your muse.
The wind carries sand dust out to fields.
In that golden pillow from hooves,
there is Your Forgiveness.
The Rain strokes the soft sitara strings
I hope the Message gets to You,
My Love  –
please understand;
I could not  too the otherwise,
I couldn’t.
You let Your bridle loose
and the horse galloping on a lonely way.

When life is like a breath at last
– and I remember in my memories:
As hunter cornered seal,
the seal thinks his life around at last:
And to mind come sunshine, water foamy,
and grass reed sticks to boat sides.
Sun style lost into the sea
and spreads colors over world.
Water sloping from an oar stroke.
I was happy then!

Snow so glimmering and so pure
glazed upon  Santa’s coat.
Thickly speckled glistening an the collar
on childhood’s play toy from Moscow.
No-one knows or remembers him,
with Slavic-pattern felted shoes,
that’s old Santa- Frozt
See what old guy’s attics holds;
With children’s toys he`s survived the thawing –
the long republic time,
and will survive you too.
Times both good and bad
depend on the mind,
Hate and disease are what we say.

Old Santa-Frosty will wait for the children
either way.
Bearded and so mellow. Multi-color,multi-language
children waiting for.
Gloves left at fireplace, so Children read the winter-verses,
and they nothing know about the government and climate.